Redwood Class have put together a blog post about Year 3’s Roman Day this week. Some of the children made contributions for us to include – their initials are after their contribution.

On Wednesday, we experienced a day as a Roman (SP). In the morning, we did lots of activities such as making wax tablets, pottery and making charms (MM). Also, some of us were at the medical station and we were making potions to heal people when they were sick. When we were making the potions they had to smell them until they got better. (SA). Some of us got picked to train as a Roman warrior. We had to practise catching and doing the ‘tortoise’ formation with our shields (EM).

During the morning, we also had some story-telling about the Iceni Tribe (SZ). In the afternoon, Perfectus (our leader) told us facts about the Roman Empire (MB).

After that, we had a Roman feast with dancing, plays and a Roman patrol (OM). There was lots of entertainment including nice music and dancing (AL). The plays were really exciting. There was the Boy who cried wolf and the Golden Goose – I liked the acting from the person who played the goose! (NK). We had a feast and in the feast we had bread, grapes, cheese and ‘wine’. It was scrumptious! (MW). There were servants handing out the food in the feast (AP).

It was a fantastic day and we learned lots! (ITD). 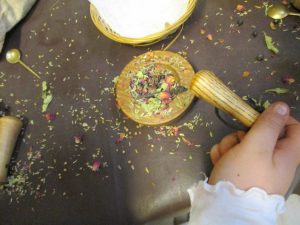 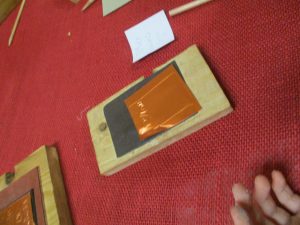 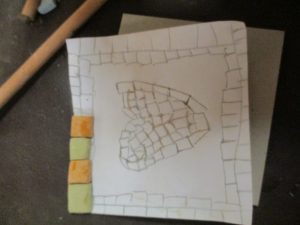 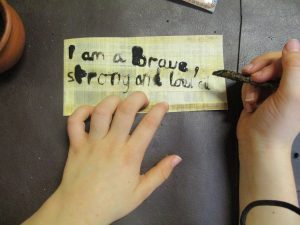 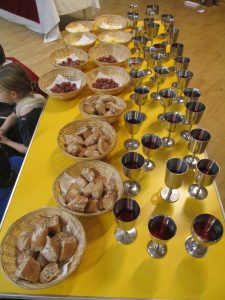